Not wishing to repair my Skyland Qantas 707 travel agent model apart from adding 3D printed replacements for two missing engines, I decided to print a new model 707 and bought an STL file from an online model vendor. The model was better than most that I had looked at, but I modified it to suit my print requirements. 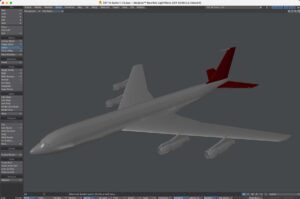 The supplied 1/96 scale STL file would have printed with a lattice infill interior, but I decided to hollow it out to speed up print time and reduce PLA consumption. As the print was to be 1/72 scale (about 638 mm long), I had to modify some of the 1/96 fuselage sections to suit my print bed at 1/72 scale. I thought that the supplied engines were a bit light on for detail, so I made my own. I also made a stand, based on the one I made for the Qantas 787 Dreamliner print. 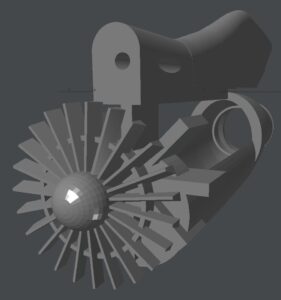 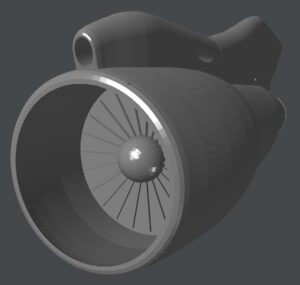 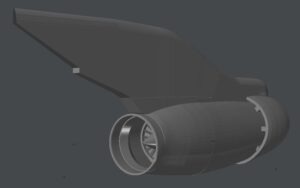 Engine 1, outboard port side (on the right in the Lightwave 3D image below), has a different leading edge to its pylon than the other three engines. Numbers 2, 3 and 4 engines have an air inlet hole for cabin air pressurisation. 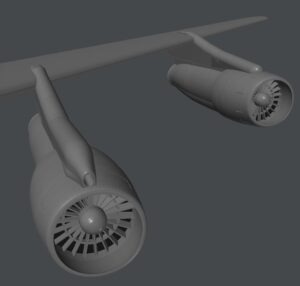 Engine nacelle for engine 2, 3 or 4. Engine 1 does not have the hole for cabin air pressurisation  in the leading edge of the pylon. Lightwave screen, with 3D print 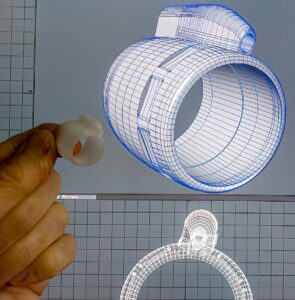 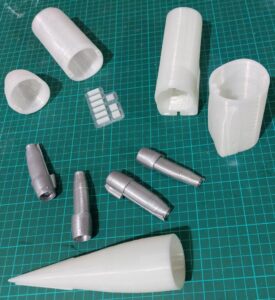 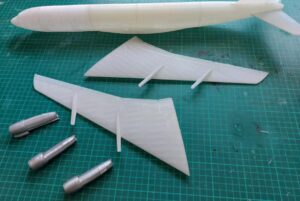 Lots of spray putty and sanding to smooth the surface 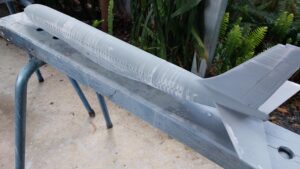 Test fit. Tailplanes are glued into place, as are the engines. Wings are pressed in but not glued at this stage, as keeping them removable will make painting the fuselage easier.