The balsa X31 loco model has some 3D printed parts designed in Lightwave3D, including the roof fans, couplers, window frames, most of the cab interior and brake cylinders. Once the balsa model was more or less complete, I decided to keep modelling the entire locomotive in Lightwave. 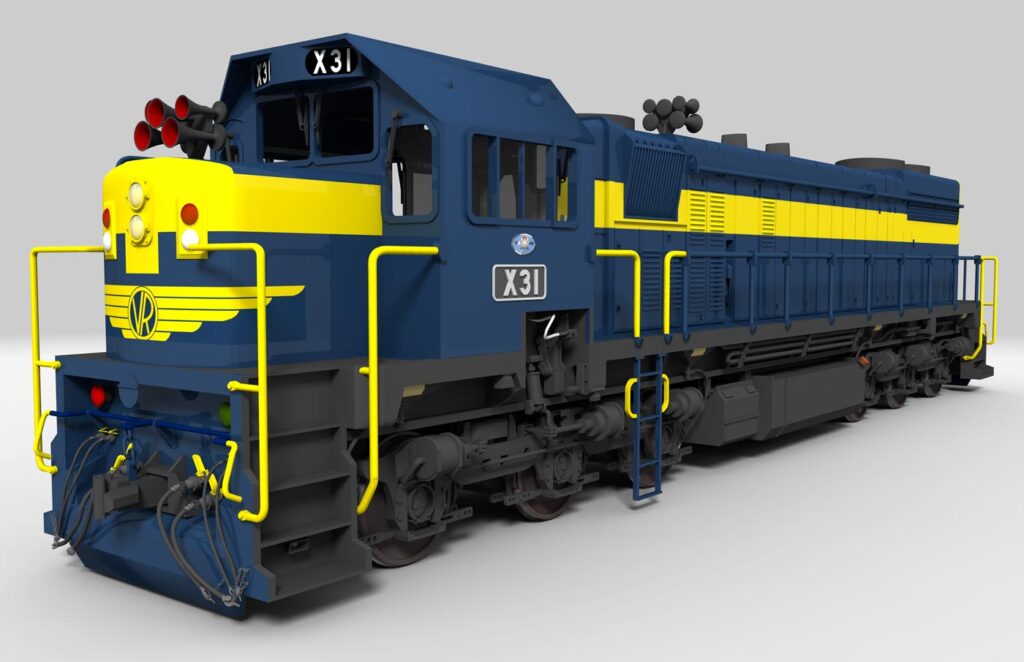 The X31 is currently owned by the Seymour Railway Heritage Centre. A visit to an SRHC open day provided the opportunity to take lots of photos of the X31. In addition, web-sourced photographic and diagram resources were used. See the balsa X31 model page for more details.

Various stages of the 3D model 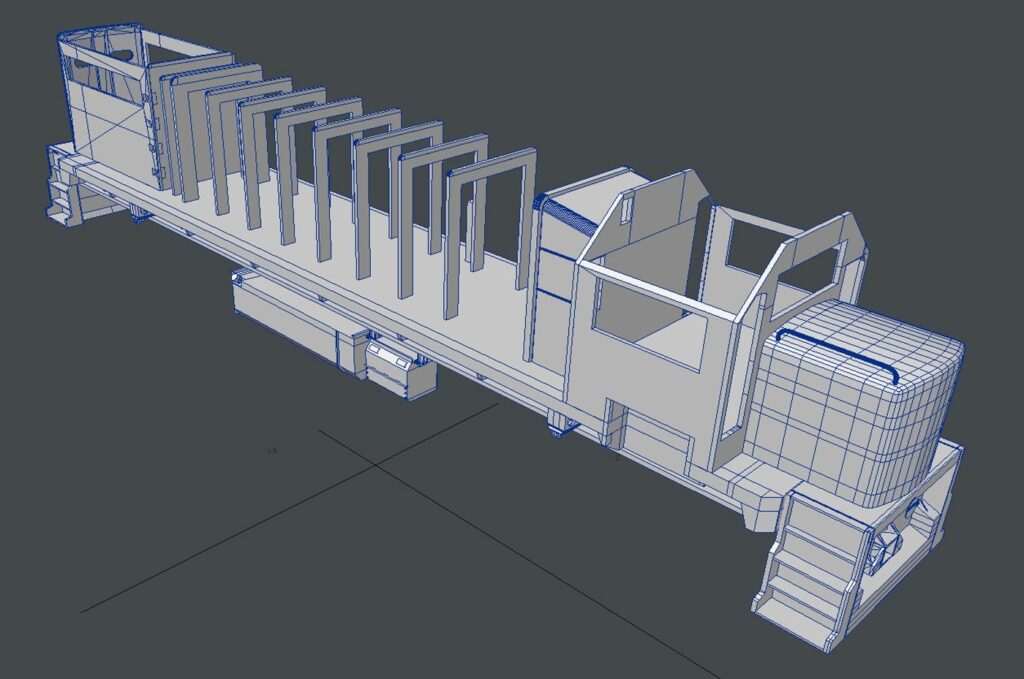 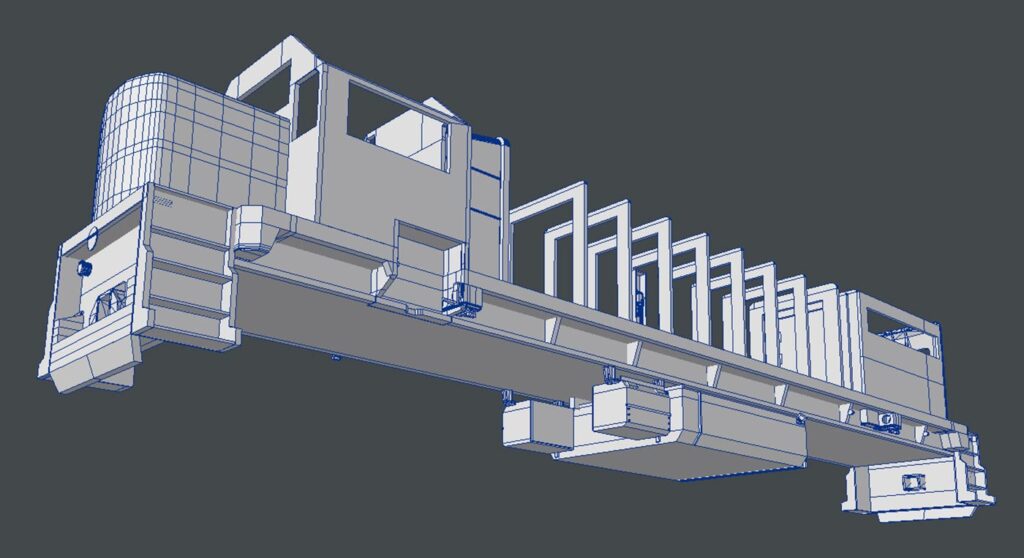 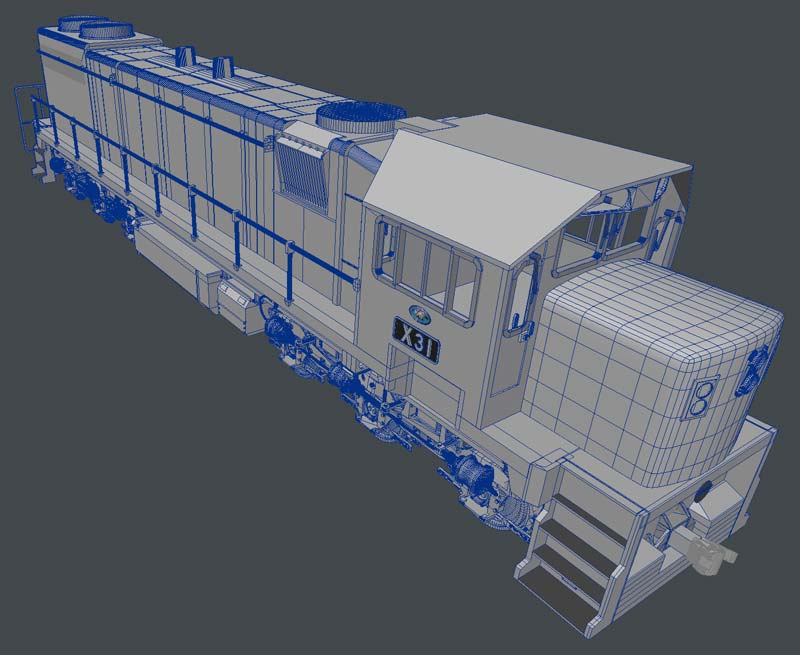 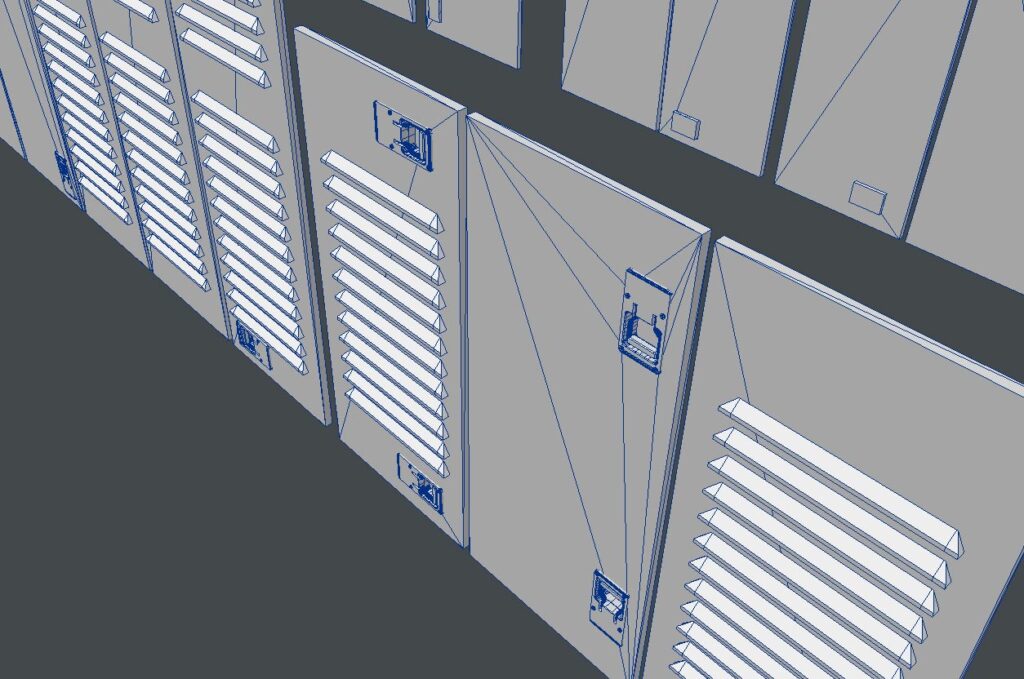 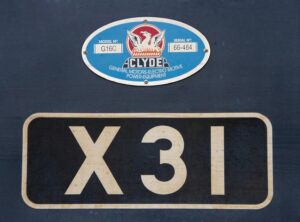 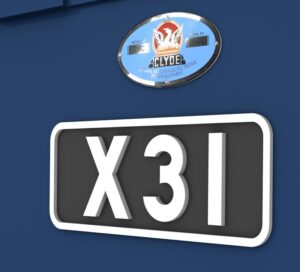 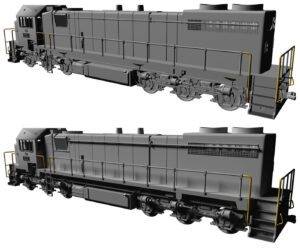 Assigning surface properties. Some areas will be coloured in Lightwave; others will have Photoshop images applied as virtual decals. For example, the pink side and green areas will have the VR logo and gold wings applied. 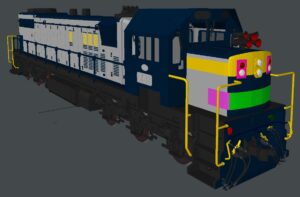 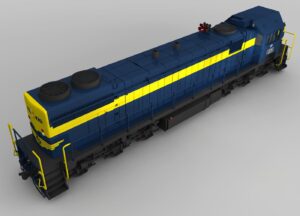 From within Lightwave, the model is sized and rotated until it appears to fit the rails in the photo backdrop. The model can be viewed as a solid shape, or for increased adjustment speed, as a wireframe object. Lighting is set up to mimic the sunlight and shadows in the photo. The black grid has been set up to tell Lightwave where to cast the shadow of the loco, so it looks like it is a shadow on the ground of the photo. 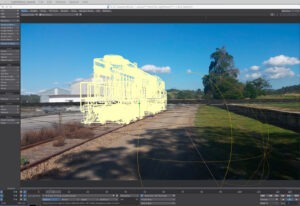 3D model composited into a photo at the former Coldstream Station site on the old Lilydale to Healesville railway line (Victoria, Australia), now part of the Yarra Valley Trail. the short section of remaining track serviced the former siding of the fertiliser depot, seen to the left of the loco. Despite the suggestion of the rendered images, the X class mainline locos never operated on this line. 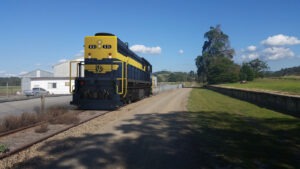 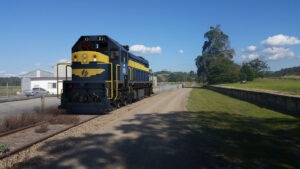 X31 composited into a photo at the former Yering Station, currently at the end of the Yarra Valley Trail. Eventually the trail will be extended to the next town, Yarra Glen. A tourist railway is currently under development and will eventually operate between Yarra Glen and Healesville. 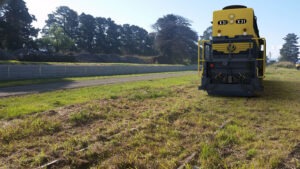 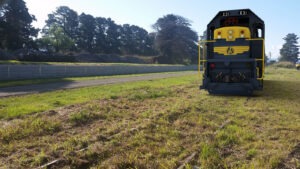